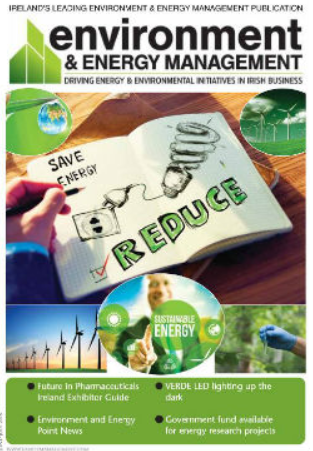 earth2earth® announced today (Thursday 17th of October) the first fully certified Bio-Based, Carbon Captured “plastic” sacks and films in Ireland. The refuse sacks, bin liners and packaging films are all made from ethanol produced from sugarcane, which captures and stores 200kg of Co2 for every 1000 kg of product produced. It’s also 100% recyclable with normal fossil fuel-based P.E (polyethylene). It is a major breakthrough in this industry.

Speaking at the announcement today, Myles Thorn of Thorn Environmental Ltd, owners of the earth2earth® brand said “we are delighted to bring to the Irish market the first bio-based, carbon captured refuse sacks, liners and films. These sacks & films are certified by the Carbon Trust for its carbon footprint which is minus 0.2Kg per Kg. from cradle to gate, removing 200Kg of carbon for each tonne of material delivered”. The Bio-based (plant) content is also certified by TUV – a product certification company based in Austria.

The products are both sustainable and renewable being produced from plant-based ethanol that captures carbon, which is then turned into high-performance HDPE (High Density Polyethylene). It is indistinguishable from fossil fuel-based plastic and can be 100% recycled along with normal plastics.

According to Thorn, “the sugar cane captures carbon from the atmosphere and stores it within the finished product. The carbon footprint of both production and distribution is less than the carbon that has been taken out of the atmosphere, which makes it a carbon negative product. Utilising the latest multi-layer extrusion technologies means the bags are thinner yet stronger than traditionally produced plastic sacks. It means we can produce our products using less material than before, which further assists the positive environmental impact”.

The CO2 Saving when compared to “normal” plastic bags is up to 2.87kg per kg of product. i.e. if you weigh your existing plastic bag and multiply the weight by 2.87 this will give you the estimated CO2 saving. For example, if you switched 1 tonne of “normal” plastic over to our Carbon Capture film, the CO2 saving would be 2.87 tonnes. A significant reduction.

By choosing earth2earth®’s new Carbon Captured sacks and films, a significant decrease in carbon dioxide going to the atmosphere can be achieved. Climate change is occurring rapidly and earth2earth® are dedicated to a solution-based philosophy behind their products.

Finalist in the 2020 Green Awards in two categories:

Finalist in the 2021 Pakman Awards
in the category: